Holding out for a blonde

Personally I would hold out for a blonde bear . But me knowing myself would shoot the first one I saw ..within reason ..size age .. not a big fan of spring bear meat . Love a good huckleberry patch bear in the fall .

I’ve not been on a bear hunt where I got to be choosy, that said sometimes you get lucky.

@Panda Bear getting a photo of one of those white phase black bear is on my bucket list. 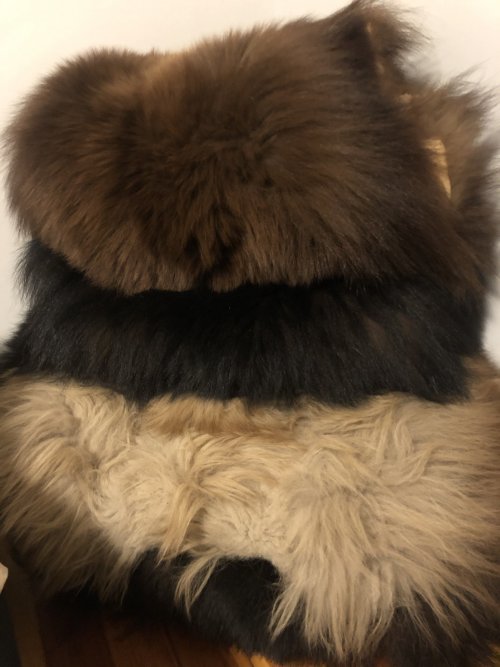 SaskHunter said:
Tons of blondes and cinamon around here. I had three different blond bears last year at the bait.
Click to expand...

Maybe a 20” blonde will show up for me this spring

Sask hunter said:
Maybe a 20” blonde will show up for me this spring
Click to expand...

Well do share when it happens good luck!
S

Can't shoot a blonde bear if you shoot a black one first...

geetar said:
Thanks for the idea. I really hadn’t thought of that. Are borders open or will they be by then? I’ve lost track of what’s going on travel wise.
Click to expand...

Border's closed for now but I can't imagine it won't open by this fall. Should be opened spring 2022. Canadian bear hunts are actually very affordable.
P

SaskHunter said:
Border's closed for now but I can't imagine it won't open by this fall. Should be opened spring 2022. Canadian bear hunts are actually very affordable.
Click to expand...

I also believe the borders will be open by fall, but I have zero inside information about that. Some of the concern in The Territories is the lack of medical facilities and personal, however by May 1st everyone who wants the shot should have it by then, so we will see. There will be a push for Americans who have had the shot to fly in and immediately fly to camp ( i.e. --the same program that is in place now for Canadians who fly into The Territories. )

As mentioned above, black bear hunts are very reasonable and are available all over Canada. You will need to travel to The Yukon to hunt Grizzly and those hunts are not cheap. I always smile when I see a Grizzly hunt offered for 25000 to 30000, BUT, you can also harvest a black bear and/or wolf for free.

Last fall a special interest group was formed and have asked for a moratorium on hunting grizzly in The Yukon. To date they have not been able to gain a lot of traction, as unlike B.C. who lost the right to hunt Grizzly a couple of years ago, everybody in The Territories hunt or in one way or another depend on hunting.

However, as mentioned, we do have a lot of Blonde's up here ( bears, not women )

Some on this thread and other threads have mentioned how much they enjoy watching the bears in the wilderness. I mentioned this is a previous post, but if the opportunity ever arises for you, a visit to the Great Bear Rainforest to see the Kermode bears will not disappoint you. The island and the bears

Oh, this is a bear hunting thread? Carry on.

huntin24/7 said:
Oh, this is a bear hunting thread? Carry on.
Click to expand...

We're gonna get the 2021 thread going this week.

I guess I can always send my wife out to the beauty supply store to buy some of that highlighter stuff and we can put some foil on a nice rug.

EYJONAS! said:
We're gonna get the 2021 thread going this week.
Click to expand...

Considering the direction most threads end up, I was surprised no one else had taken it that direction yet.

Nambaster said:
I guess I can always send my wife out to the beauty supply store to buy some of that highlighter stuff and we can put some foil on a nice rug. 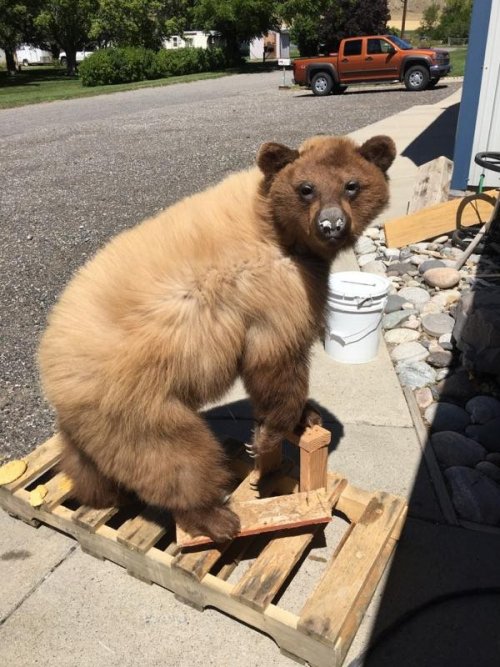 She might not be 100 percent blonde but she's close enough in my book. 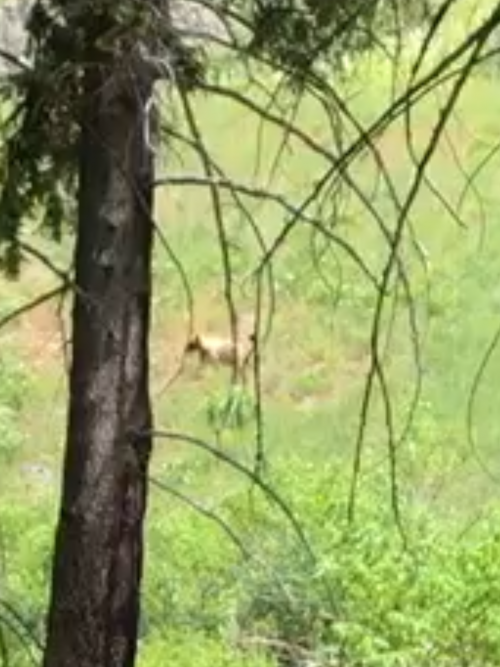 Would this one count as blonde for my grand slam?

This one seems like the blonde rubbed out sows everyone keeps talking about.

Here's a pic of my "blonde" you may disagree but it was blonde in my book. Lol

I saw a blonde grizzly near Fairbanks in Aug years ago. Beautiful coat. Of the 30 or so other wild bears I’ve seen brown grizzlies and black bears were chocolate or black.

If I had the time and a blonde bear scouted I would. Or a cinnamon. Or a really large boar. Hoping to find a good one in California this year. The bear I ended up with last year I hadn't seen all summer.
You must log in or register to reply here.

Truck broken into in W CO, please keep an eye out for this gear together on other classifieds
2 3

May Roebuck Hunt in Switzerland