My middle son and I went out for youth season this morning. We slept in a bit and headed out at a civilized hour. After striking out at spot one, we headed in a trail to a different area. I made some yelps on the way in and a loud gobble almost cut me off. It sounded like it was less than 100 yards away!
We dashed into the woods, got him up against a tree, round chambered, facemask up... it was a bit of a fire drill. I called again and multiple birds gobbled back, close! At that point I decided to shut up and soon we could hear leaves crunching. The birds showed up left of where we expected, 6 jakes all bunched up so close that even though they passed by within range, he couldn't shoot. He would have hit 3 or 4 of them. We let them get a little past us and then I called again. All 6 fired back a gobble from about 35 yards, which was awesome. They started to filter back our way and finally a gap opened up in their flock, isolating one in the middle. He made a great shot at 25 yards and had his first turkey. He was very excited (as was I)! 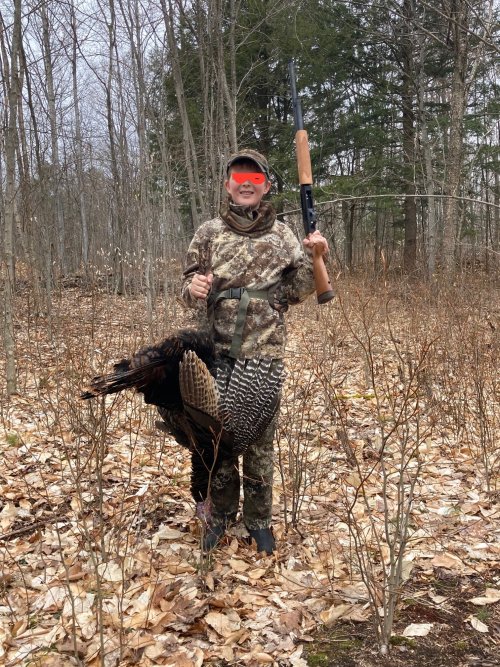 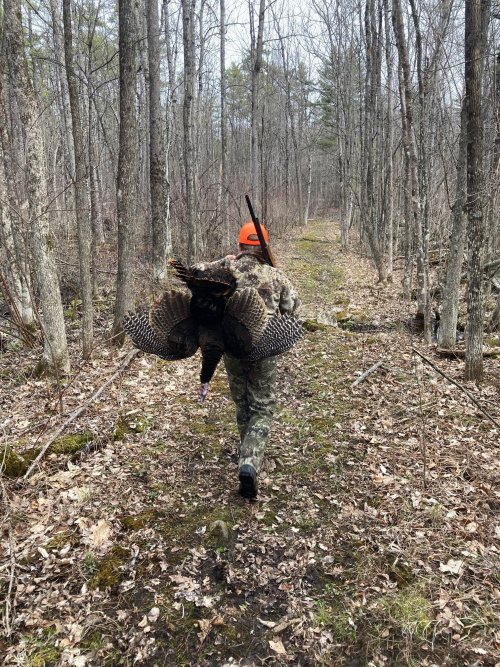 Well done kid! Nice work to you too pop!

Nice job to both of you, those are my favorite hunts of the season.

A day for the memory books for sure. Congratulations to you both

What an exciting hunt to kill the first bird.
Looks like your son stayed calm for a good shot with all the commotion.
Congrats.
F

Way to go!! That Jake will be some great eating.

Great job! Can't get either of my kids into turkey, probably because dad sucks as a turkey hunter.
You must log in or register to reply here.