This is the first year since moving to Oregon that I really made an effort to go out. Deer + elk hunting was a bit of a bust, and the steelhead are still undefeated, but I've had some luck with the ducks at least. I don't have access to a dog or boat or private land so we've been fighting the crowds on public (one of the WMAs provides "roaming" access, which one of my friends has decided to call the "Dick Cheney Unit").

Here's a breakdown of how it has gone (sorry, this is a bit long and picture-heavy):

Started off with an off-day scouting trip to check out to wildlife management area. We saw no ducks this day. 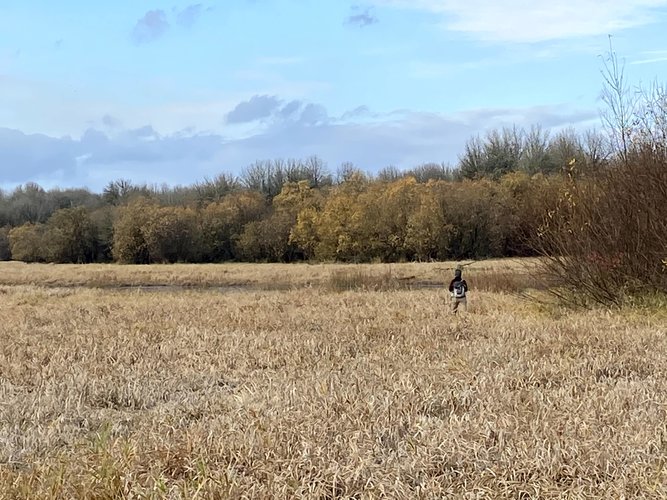 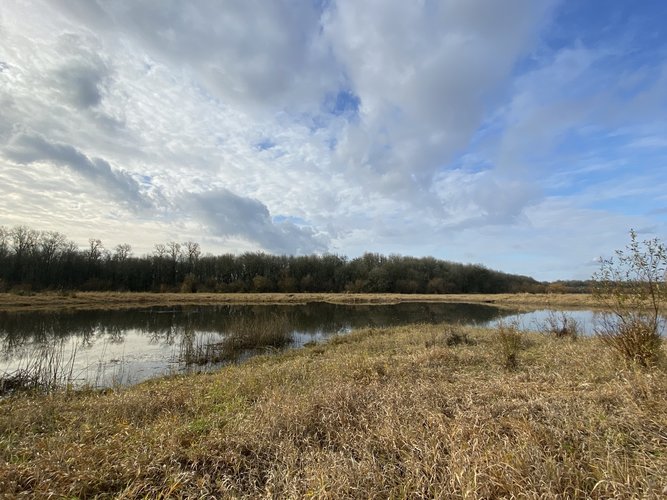 The next morning, my buddy drug us out on a 6-mile round trip hike to a giant mud puddle. We each went home with a bird, but I'm still not convinced that I actually hit the one I took home. I'm a bit rusty at shooting (this will be a recurring theme) and we passed on some good shots for no apparent reason.
We plucked this one, and my girlfriend made a point of rendering as much fat from it as she could (we got about 1.5 ounces - this old jam jar is 10 oz total). 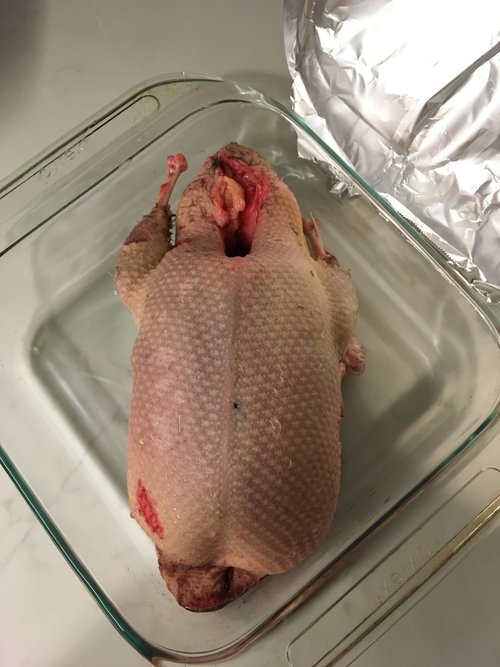 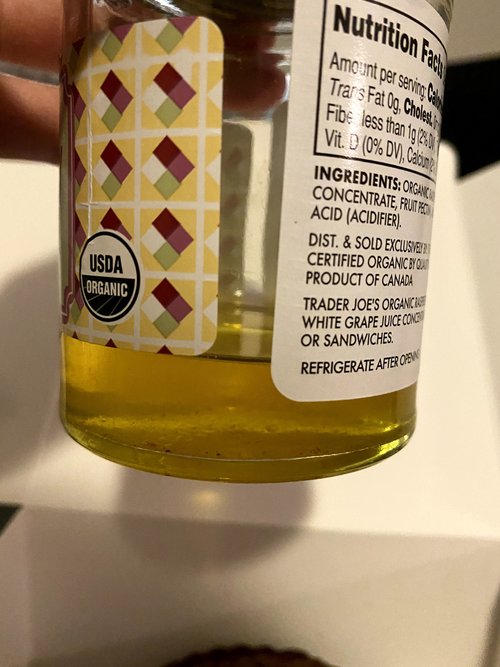 A week or two later, we're back in the mud puddle. This time, it had rained a lot and the mud puddle more closely resembled a lake. Our blind was actually submerged in 6 inches of standing water. I go home with one bird (again) even though I shot about 8 times. Sadly my one duck is a hen. Still tasty. By this time my girlfriend is getting really into eating the ducks and spending days out in the marsh. 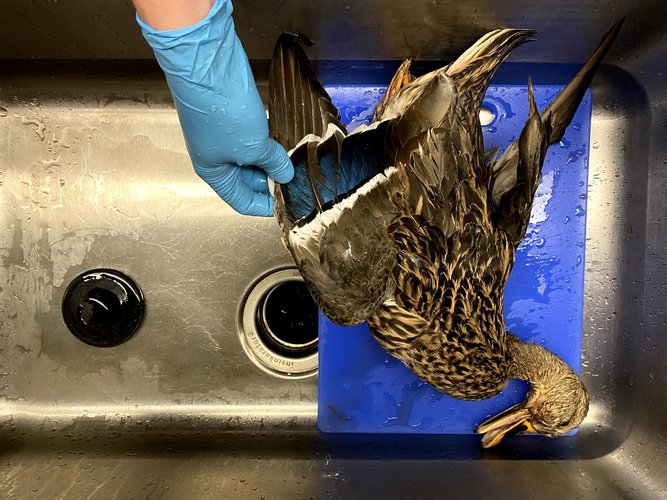 A few days later we try again. No pictures this time, but we go to the pond that we scouted before the first trip. Nothing really came close except one ring-necked duck that landed behind us. I enjoyed the short hike and the fact that there was an established blind, could have used some more birds though.

Skip forward another week or so, and I managed to draw a reservation for one of the managed blinds on the WMA. The check in process requires an even earlier wake-up than hiking in 3 miles. The spot I got drawn for is on the edge of a managed pond with a handful of other blinds scattered around. As we're setting up, we hear a bunch of ducks hanging around. Right before shooting light, someone on the other side of the pond starts throwing decoys out and their dog barks, scaring off many of those ducks on the water.
After that disturbance, things shaped up. Lots of birds were flying around, though they were picky on where they wanted to land. Largely by happenstance, I wound up with three ducks on this trip, a limit of canvasbacks (a first for me) and a teal. For whatever reason the mallards weren't interested in getting very close. 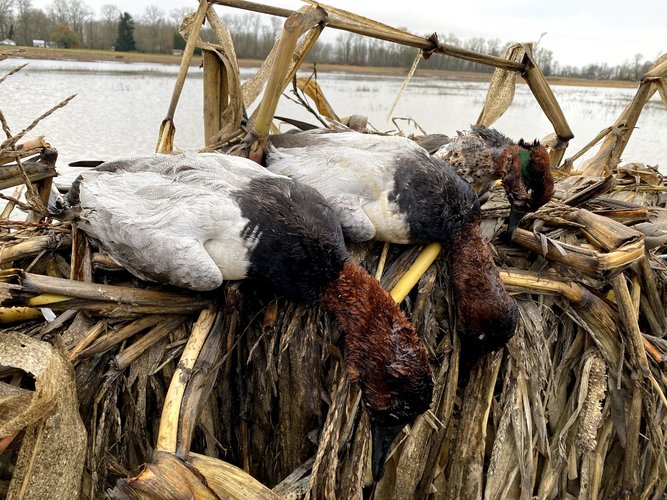 We had a close fly-by of some snow geese. In this area you have to pass a goose subspecies identification test in order to get a goose permit, and I hadn't done so yet. Two of the other blinds each got 1-2. As we were picking up decoys, a small group of Sandhill Cranes really wanted our spot. They flew in low and more or less hovered over and squawked at us for a few minutes until finally flying off to a different area. I checked in on that lake's harvest stats for the day, and our haul of 2 birds/person beat the pond average of 0.9 birds/person.

Season here closes at the end of the month. I'll probably get out one or two more times before the end. I've really enjoyed the system that ODFW has set up to provide public access to habitat.

I have a love/hate relationship with that place. I love that it's so accessible and there are a lot of birds. It's a good place for an occasional duck hunter like me. I hate that there are a bazillion people and the birds know exactly what the situation is. The skybusting there is horrendous. If you haven't killed a greenhead yet, I still haven't killed one in probably a dozen visits to the island.

I did get a duck stamp from the Soholt brothers. I should get up there for a hunt at least once this year.

Congrats on the cans!
F

Those canvasbacks are awesome, I've never seen one.

Not to revel in your suffering lol, but I found your post a heck of a lot my interesting than some of the stories where it's just a picture of a limit. Those post feel like the writer skipped to the end of the story where they had everything figured out and we missed the beginning and middle where they were putting the pieces together.

congrats on the cans and the drake greenwing. pretty little birds

Love the king of ducks you got!! You should think about mounting one!
F

Congrats on taking a few ducks.

Ha. I know the Dick Cheney unit. I live close by. Never hunted ducks out there, but my kids and I go poke around that spot pretty regularly. If you ever need another hunter who’s completely green on duck hunting and would only slow you down, let me know. (Really selling myself here.)

Congratulations on starting to figure it out. That’s a great feeling.

Honestly, so far it sounds much better than many west side (applies to both OR and WA) waterfowl hunts. I believe I've read that the USGS bands quite a few birds in that area, or did at one time, so hopefully you come home with some jewelry at some point.

QuazyQuinton said:
I have a love/hate relationship with that place. I love that it's so accessible and there are a lot of birds. It's a good place for an occasional duck hunter like me. I hate that there are a bazillion people and the birds know exactly what the situation is. The skybusting there is horrendous. If you haven't killed a greenhead yet, I still haven't killed one in probably a dozen visits to the island.

I did get a duck stamp from the Soholt brothers. I should get up there for a hunt at least once this year.

On the day I drew the reservation blind, one of the blinds way down the lake was shooting at phantoms. I chatted with another guy who was there that day and had a better vantage of that blind - he confirmed that they were just shooting at things way too far away. I really enjoyed the reservation hunt, but the skybusting of that one blind and another that didn't chase down their wounded snow goose were the low points of the day (I would have chased after it but I wasn't goose-legal at the time).

The island is great, we wind up there multiple times each month for everything from wildlife viewing, hunting, fishing, or picking fruit.

BoomerUSAF said:
Love the king of ducks you got!! You should think about mounting one!
Click to expand...

Too late for that, unfortunately. Definitely a cool bird. One of them was significantly larger than the other - my buddy thought I accidentally shot a goose by accident at first.

Congrats on the ducks! Looks like a fun time.

Awesome cans. It has been a few years since I have shot one.

Next step, get a waterdog.
C

This is one of the out of state places I go to waterfowl hunt. It is surprisingly good for being so close to a major city but you need to shoot if they are forty yards or closer because people don't let birds work and sky busting is the norm. Keep going and try the johnson unit sometime

corndog1 said:
This is one of the out of state places I go to waterfowl hunt. It is surprisingly good for being so close to a major city but you need to shoot if they are forty yards or closer because people don't let birds work and sky busting is the norm. Keep going and try the johnson unit sometime
Click to expand...

I have been pretty surprised at how wary the birds are.

Johnson was my second choice. I went to the little ODFW check in station one morning after they had assigned all the blinds just so I could talk with the wildlife managers. They pointed me to the lakes on the east side that are manageable without a dog or boat and also gave some advice on the north unit.

My first outing last year was in November. I'm going to try and get in on the early season action this year. ODFW publishes daily harvest stats and this time of year seems to be the tail end, though occasionally they get individual days with good movement.

Location
You can’t get here from there

It's kind of a drive from Portland, but I've had some great hunts out in Umatilla Refuge. If you get a good draw there you'll shoot mallards for sure.
You must log in or register to reply here.

Its in the books.