Found this big three point whitetail antler in a hay stack this morning. It is from an old buck that has never been much of a scorer. Not a big antler but any antler is a good one in my book.

Nice. One of my coworkers killed a deer over the weekend that was shed off already here in Ohio.

Pretty much not fair.

Wow. Isn't it a bit early for them to be shedding already?

It is not unusual to find antlers this early. Old bucks that are not in the best of shape often shed before Christmas. I find one or two before Christmas almost every year. The earliest I have found a fresh whitetail antler was December 17th.
Dink, I agree, hay stacks are close to cheating but that is not going to keep me from looking. I once found 15 with in fifty yards of a silage pit and those were the ones the farmer missed.
O

Please elaborate on the hay. Is it used in shed hunting?

I picked up two sets this weekend in the same haystack. Pretty good start to the year for just being out feeding a few cows.

First it was compound bows. Then it was crossbows and game cameras. Google Earth, Onx Maps. phone apps, alarm clocks, toilet paper instead of fallen leaves. Remote control drones and rifles that can shoot 1500 yards. And now.... hay stacks.

Next thing you know guys will be jumping out of helicopters and cutting the antlers off before they drop. I'm telling you now all this technology is going to be the end of wildlife and the outdoor experience before our grandbabies ever take their first swim in the uterus.

You thought I was just spouting rhetoric about the guys jumping out of choppers didn't you?

okie archer, Whitetails have a taste for high quality 2nd and 3rd cutting alfalfa it is cold and snowy. Makes for an easy place to find some antlers when the deer are sheding.
O

Sorry to be so ignorant. So do the bucks use their antlers to pry around on the hay and that causes them to fall off when time is right or is hay just used to feed deer and keep them in general area to narrow down search?
I do a lot of shed hunting here in Oklahoma. Just trying to get new ideas.

antlerradar said:
okie archer, Whitetails have a taste for high quality 2nd and 3rd cutting alfalfa it is cold and snowy. Makes for an easy place to find some antlers when the deer are sheding.
Click to expand...

I think they bump their antlers on the bales when they're eating, and it knocks a few off. Not sure why else there would be so many in one spot, as compared to an area where they feed for hours in the open?

I've found a few nice ones tangled in the twine, and on the lawn.

I didn't find this years... the neighbor did in his haystack. I let him know he was missing an antler though... guessing him at 6yo 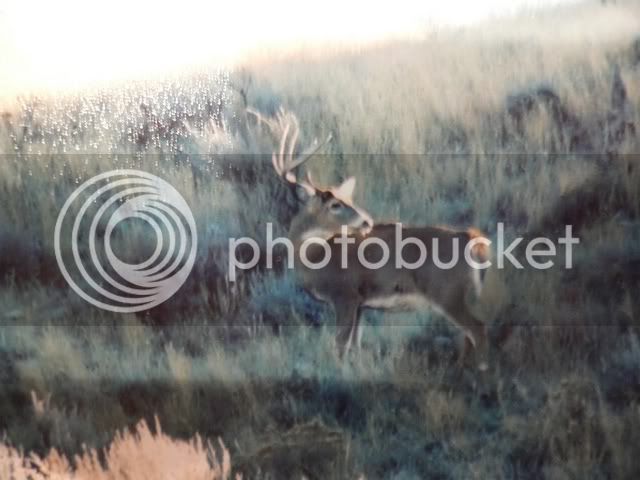 I found his set the year before in our haystack, and a years previous in his bedding spot. 4 and 5yo 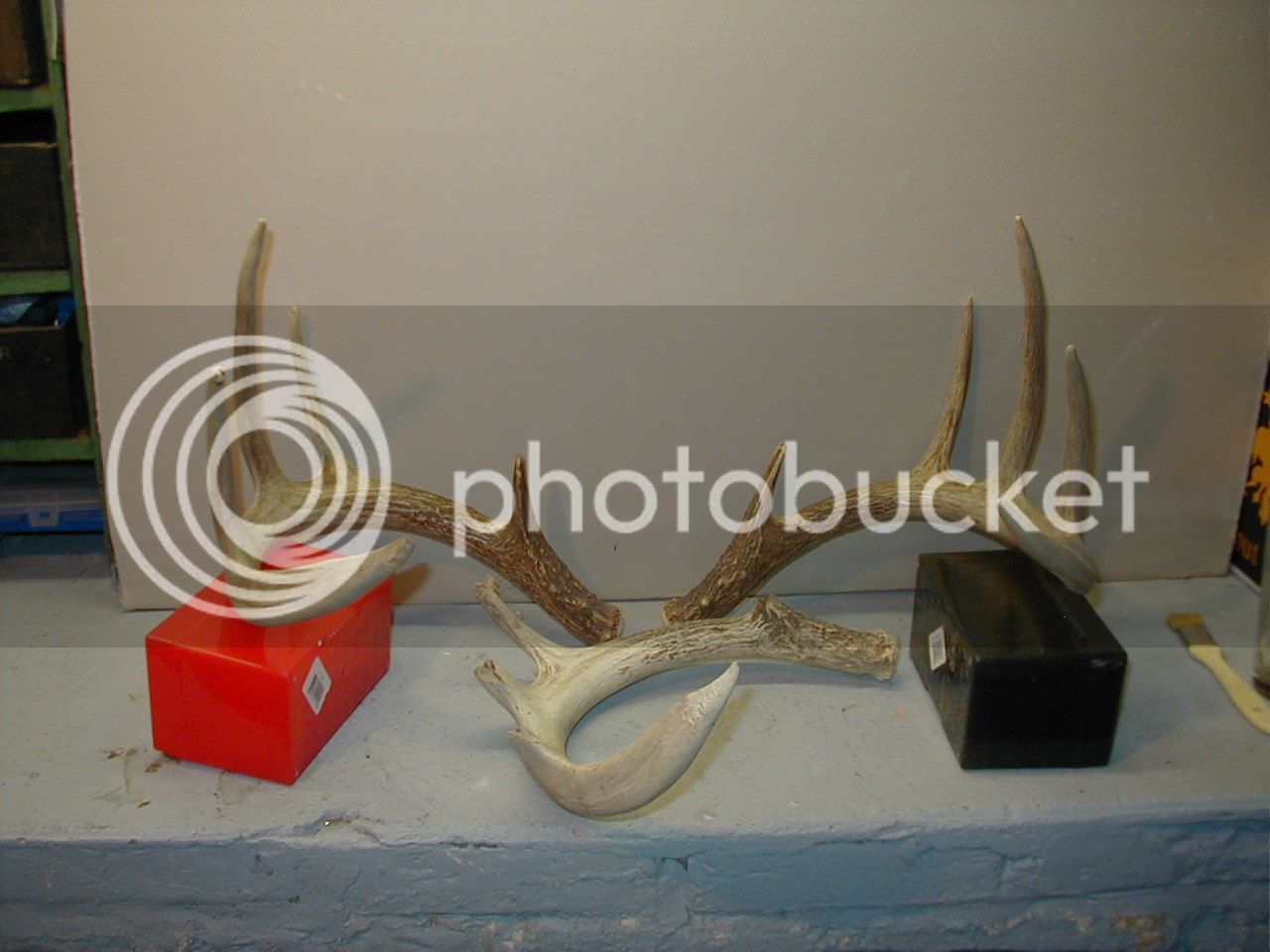 He died due to an arrow through his lungs the following year. Best buck I'd ever seen in the area. Grossed 165 IIRC with a 25" inside, and 26" beams. Although the big single below is my best whitetail antler. I think it scores 76, if I remember right. 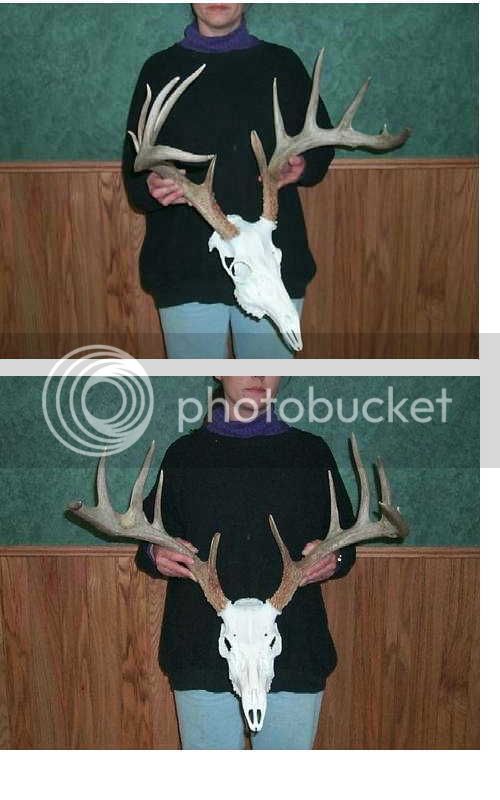 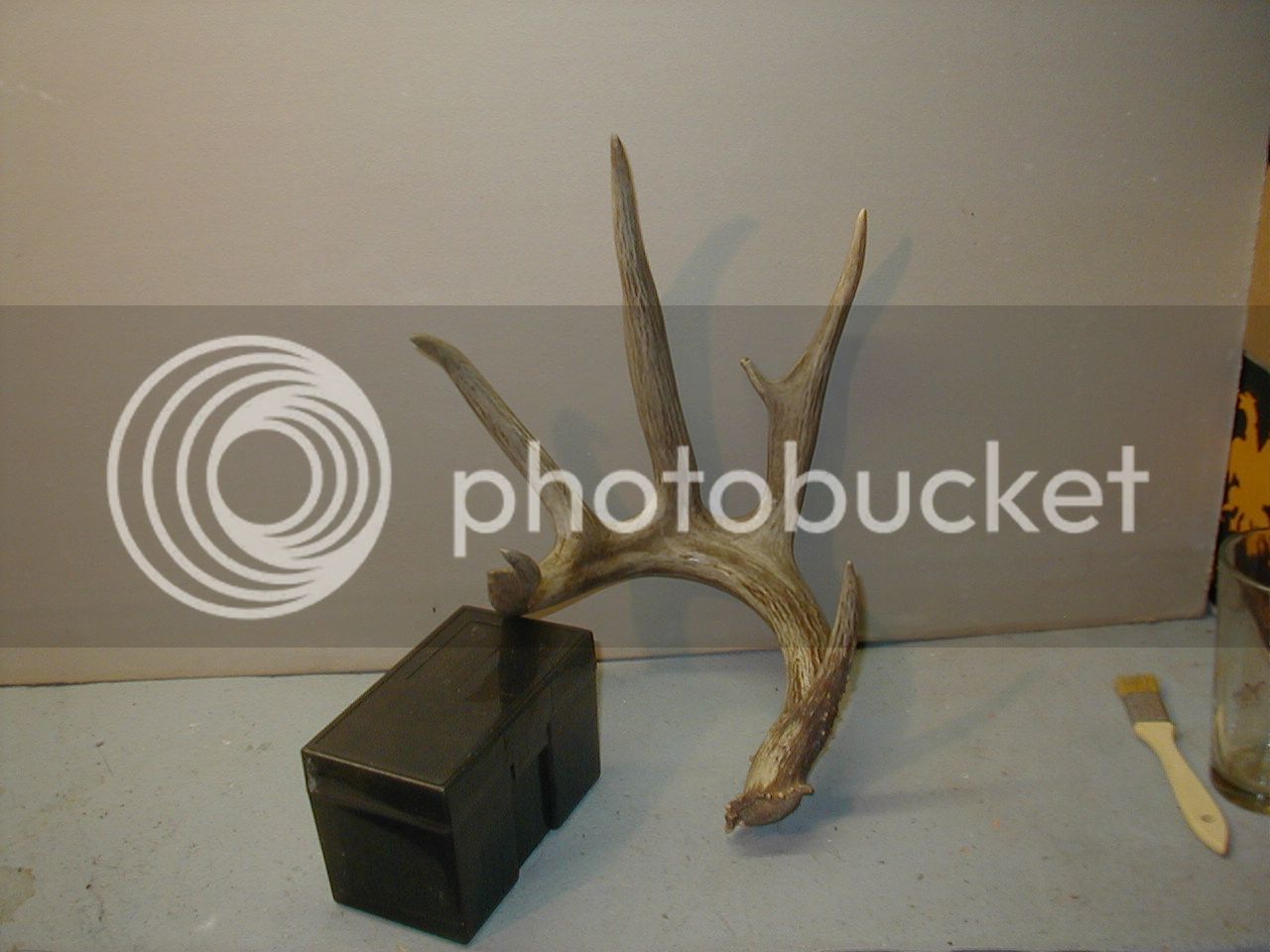 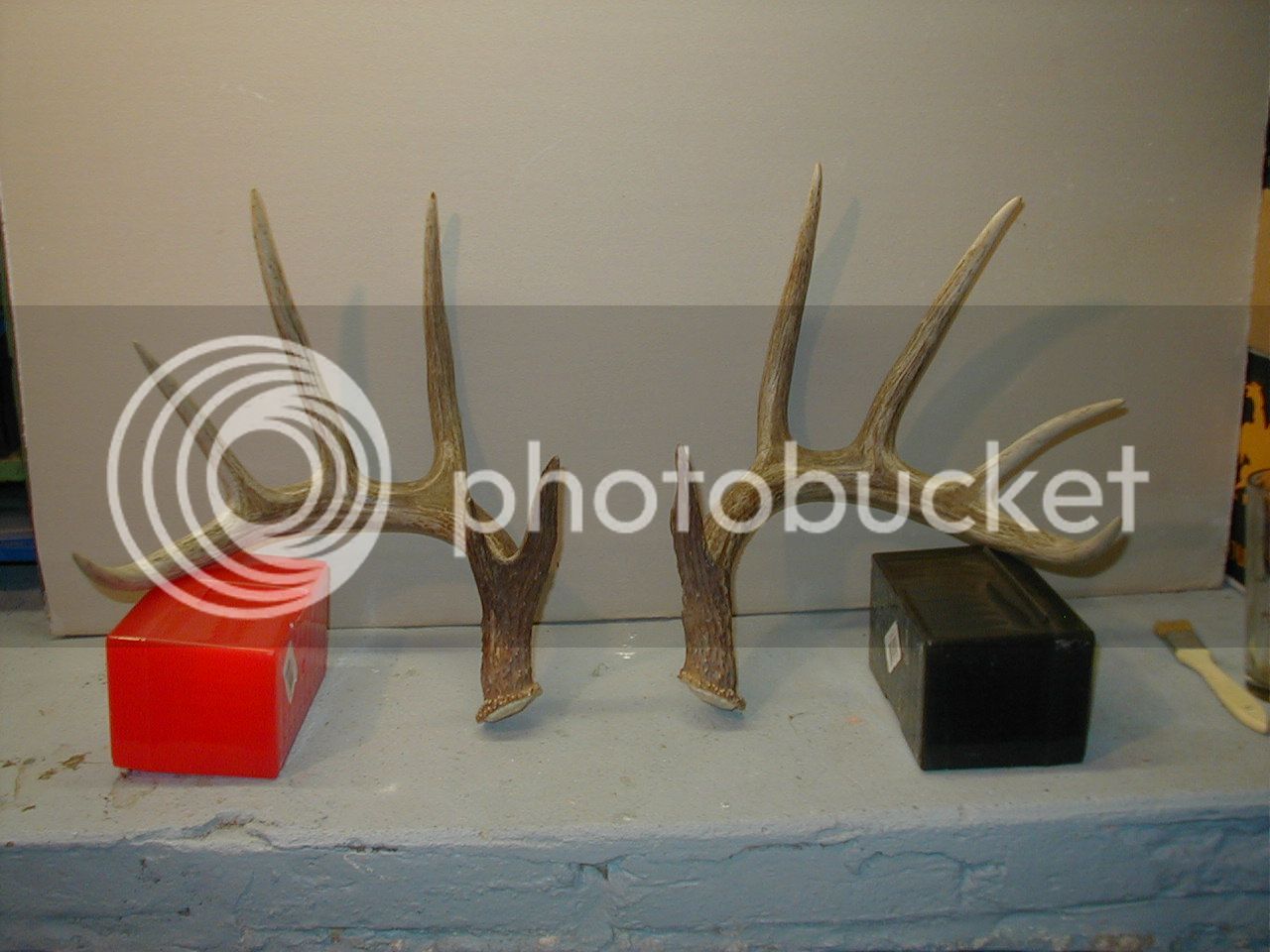 Okie, Bambi is likely right that some antlers get stuck in the hay or the twine. Also deer often jump up on top of the bales and when they jump down the jarring could pop some of the antlers off.
The hay is not for the deer but cattle. The deer are just helping them selves to the hay and in the process dropping there antlers.
Bambi. You have some nice whitetail antlers in your collection. Ever find any good mule deer antlers when hunting close to me in SE Montana?
Last edited: Dec 23, 2015

Oh man, you guys have me jonesing to use up some boot leather.
O

Cool, thanks for the information. I really enjoy shed hunting. Last year I think I walked about 20 hours total looking for sheds. I found five, three fresh and two older sheds. It can be pretty tough randomly walking around woods looking for sheds.
So now I'm thinking about putting out a square alfalfa bale partially open right next to corn piles I currently have in front of trail cameras.?.?

antlerradar said:
Bambi. You have some nice whitetail antlers in your collection. Ever find any good mule deer antlers when hunting close to me in SE Montana?
Click to expand...

Nothing big, only what i picked up while hunting in the fall. I think I only saved 3 muley sheds, sold all the rest. One big 3pt with a split 3, scores about 75. And a set of brown that are about 180ish. Found in a honey hole I had about half a mile off the interstate. I found lots and lots of muledeer, but they were sold to finance new rifles and pickups.

We didn't have a lot of muledeer, they died out in the early 90s. I spent a lot of time picking up elk and whitetails. I have a few more big sets as well. But only kept the realy nice ones. There is a few I regret selling looking back and how competitive it is now.

This was half a day on a ranch that hadnt really been hunted... other than a few poachers floating through... the pup and I ended up with about twice this many and a dead head with an arrow in the skelleton. I probably averaged 60-70 whitetails a spring?

The earliest one I found was Dec 23. That live picture above was Dec 26.

I miss the dog 10x more than any of the antlers she found.

It's crazy how early they shed up there. I once saw a bachelor group of bucks, all still sporting antlers, while turkey hunting on March 15 here in MS.
M

Been finding a few. Mostly last years. Someone didn't look hard enough for this guy.

maginnis said:
Been finding a few. Mostly last years. Someone didn't look hard enough for this guy.
Click to expand...

Got out for a good morning walk yesterday.

O
What are the odds?

Not shedding one antler
2