Last year I drew a limited entry rifle bull tag, and had the time of my life chasing elk in the mtns with a good friend. I filled my tag the fourth day on a 5x5 and as satisfied as I was, I had a strange regret and almost remorse for shooting him with a rifle. I felt as though we both deserved more. This year I was determined to take an elk with the bow in an OTC hunt.
I spent countless hours on google earth, made about 4 phone calls to wildlife biologists, and scouted hard this summer. On my eighth day in the woods this archery season my plan finally came together. I started out camped at 8600ft on a ridge where I could see ten miles in each direction. The first hour of daylight was dead calm and slightly disheartening, then about 730 all hell broke loose, and I had four different bulls screaming in the steep canyon below me. I dropped in onto the one I figured to be closest with a location bugle to pinpoint him, then started sneaking in with cow calls all was going well for about an hour until all the action just stopped. It took much longer to close the distance than I had expected and I feared the bull had moved up to his bedding area and my morning excitement was nothing more than that.
Not about to give up, or climb out of the hole I was a thousand feet into, I set up by a small creek on a well worn trail and regrouped/ate breakfast for about another hour. I got up for a stretch and walked about 50 yards into a small clearing the opposite direction and gave a loud bugle. I was immediately answered by a very agitated sounding bull. I ran back to my gear to tell my father in law we should go after him, just as he bugled again much closer behind me. His words were "too late, he's coming after us." Followed by "turn around he's right there!" I nocked an arrow and gave another scream into my tube. The bull came in at a trot, but hung up at about 80 yards on the oppostite side of a steap drainage I didn't think he'd cross without seeing this bull that was challenging him. After another round of calls between us and me raking the limbs of a sapling with my boot he'd had enough. He tried to circle uphill and catch the thermals on his way in so I had to sprint about 30 yards up find a small open spot and range it in a hurry. 54 yards was the magic number when I sent that muzzy his way. The arrow tucked behind his front shoulder, and he piled up less than a hundred yards away. I ran back to my father in law who watched the whole thing to ask if he was a nice bull. I hadn't even looked at his antlers. Needless to say I was happy when we walked up on a 6x6! Thanks for reading, and good luck everybody!
The page won't let me post photos from my iPhone anymore! Sorry guys, I don't own a computer. Let's get on BigFin for a mobile app! If anyone knows another way to get photos up feel free to chime in. 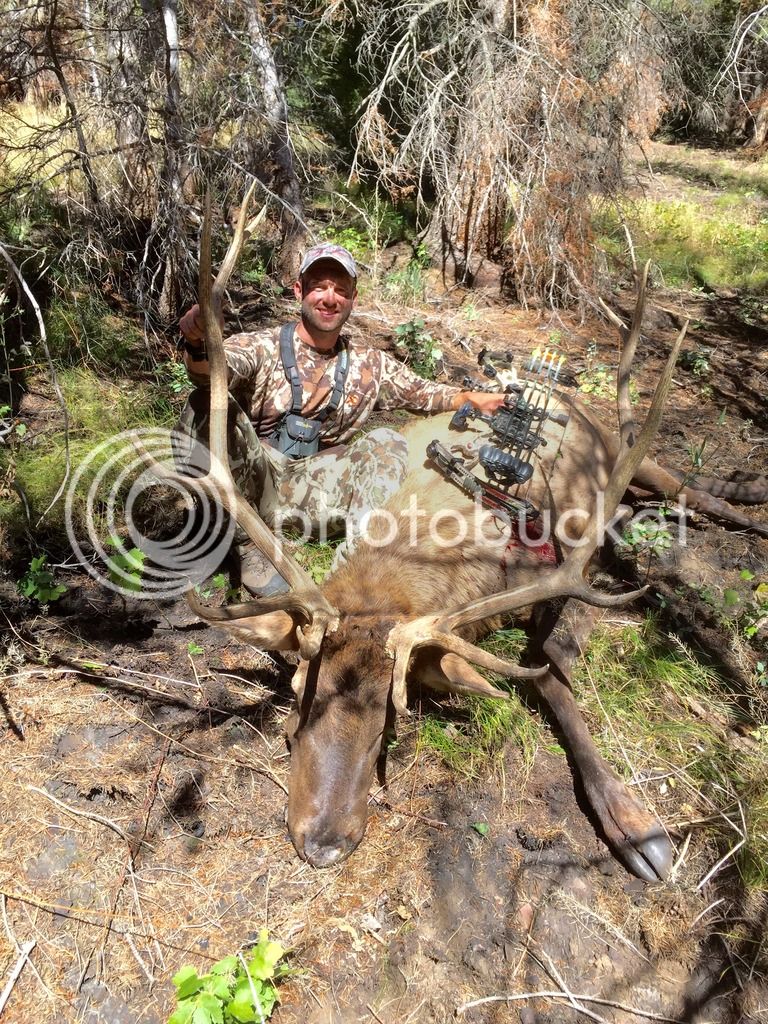 Enjoyed the write up, but I would also like to see a photo! I have posted photos with my phone via Photobucket. Maybe something has changed since.

As to the pictures, I use the photobucket app. It's easy to download the pics to it from your phone the copy/paste the photo posting url to here.
I 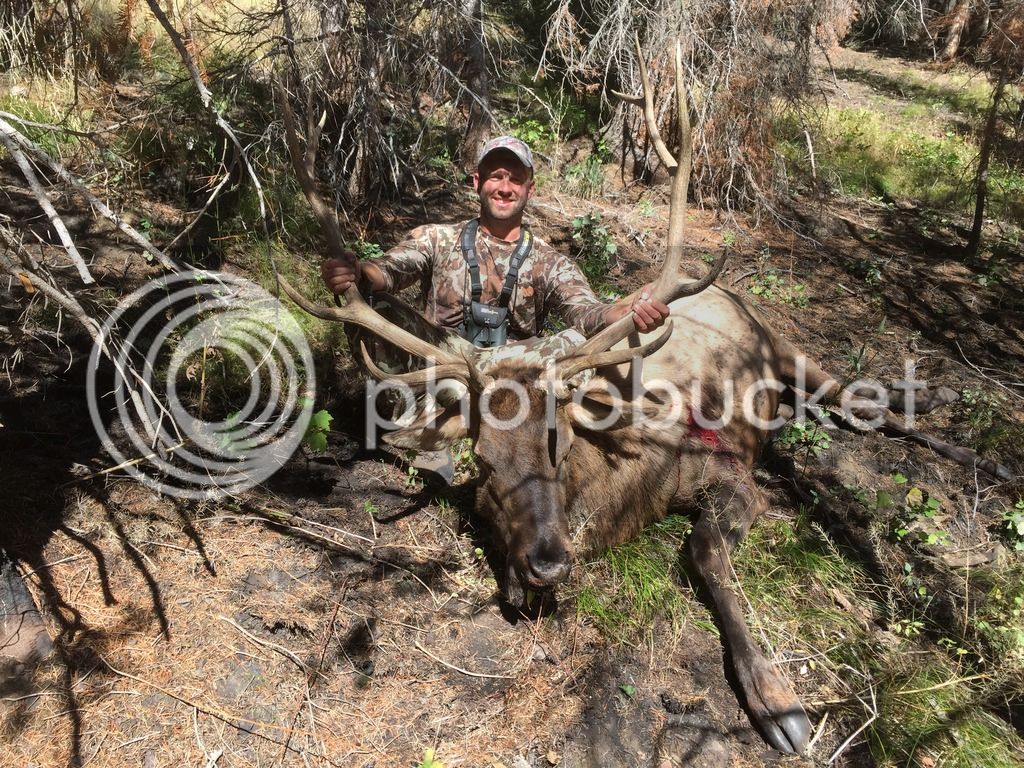 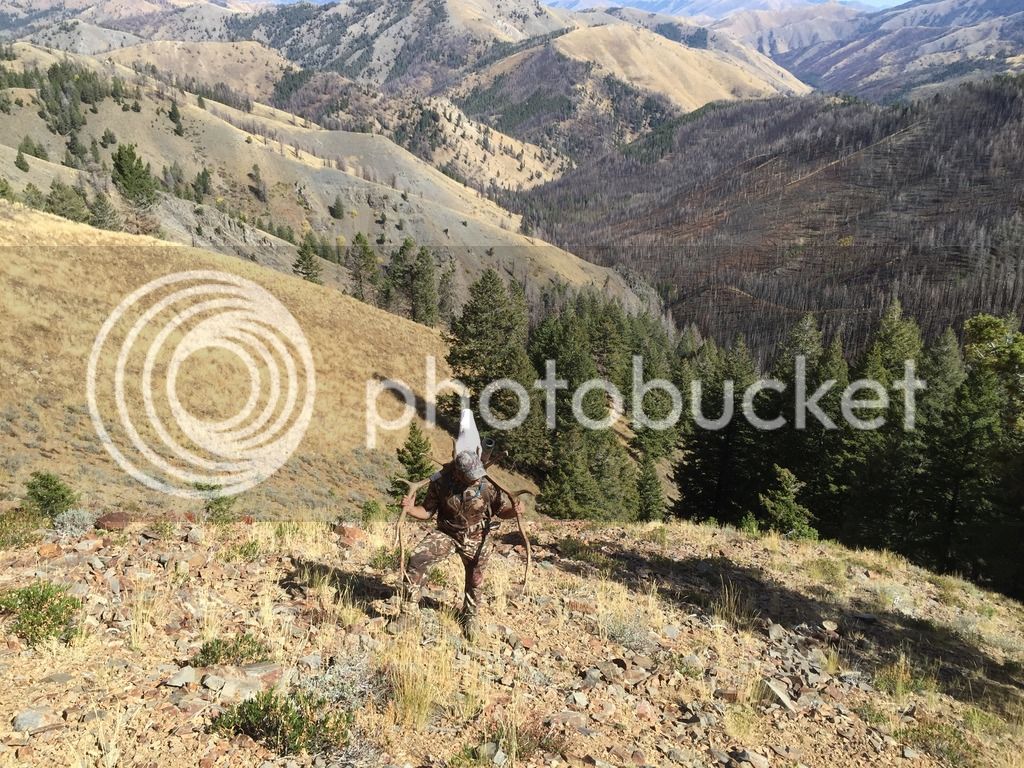 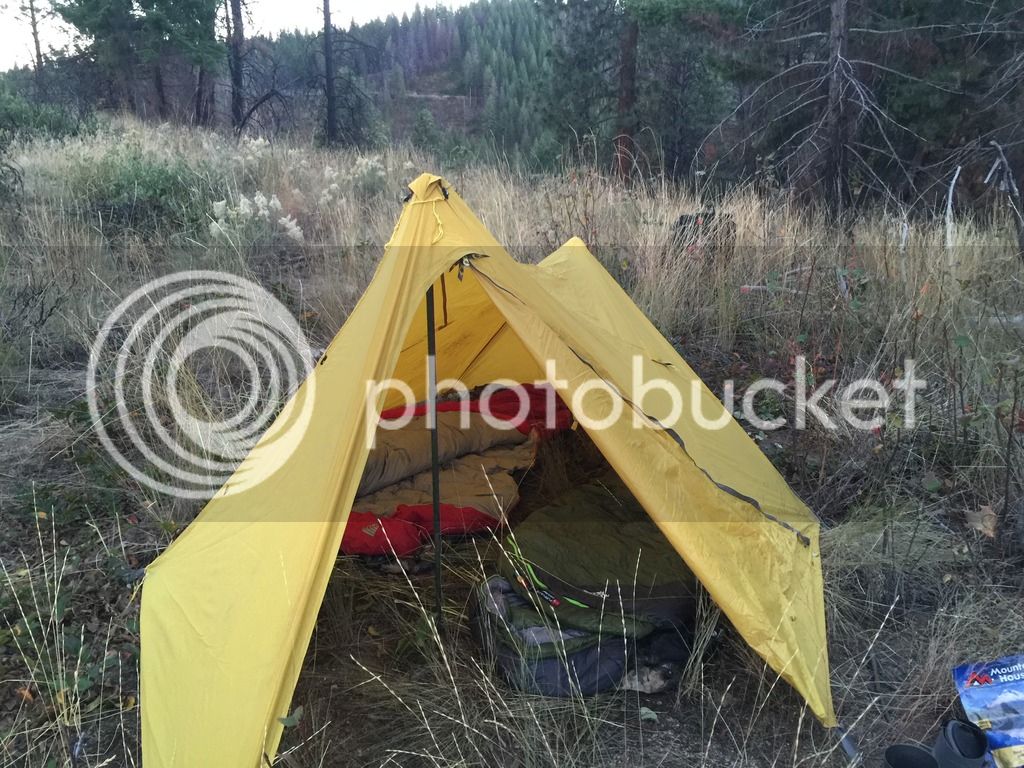 Congratulations on your elk.

On a completely different note, will those hills be totally devoid of trees in another year or two? Huge swaths of dead trees shown in your pictures.

Beautiful bull, my legs ache just looking at the picture of your uphill climb with the head on your back

Great bull! Congrats!! From the looks of that country, you earned that bull.

Rough country to pack uphill in!!!

Thanks for adding the photos! Can't get enough of those!

2 bulls in back to back years, I'd say your doing really well! Congrats on this big one. Thanks for sharing your story also.

Nice bull, that is a deep hole you killed him in!
I

Thanks everyone! The pictures don't do that climb justice, The Loose shale made certain points almost impassable. thank goodness for good poles and good boots! Luckily it was only a half a mile up to an old overgrown trail where I could sidehill from there out to the main trail where we could bring the four wheeler down. Those massive patches of dead trees are from a burn two years ago they are all lush with undergrowth now.

Glad to hear I am not the only one who has a strange feeling of remorse or regret with a rifle. Bow hunting is where it is at!!!! Congratulations!!!!!
You must log in or register to reply here.

Rambling, overthinkings of a mad man
2