I moved to Alaska in 1993 and started hunting with a mentor who is now in his 80s.
Every time I visit my old friend, I can jog his memory with events from our old hunts.

Every hunt had memorable events and this was a typical one:
A sheep hunt in the 1990s flying in by supercub to an area my friend had hunted in the 1980s.
Back then it cost us $1700 to be flown in with 2 supercubs. 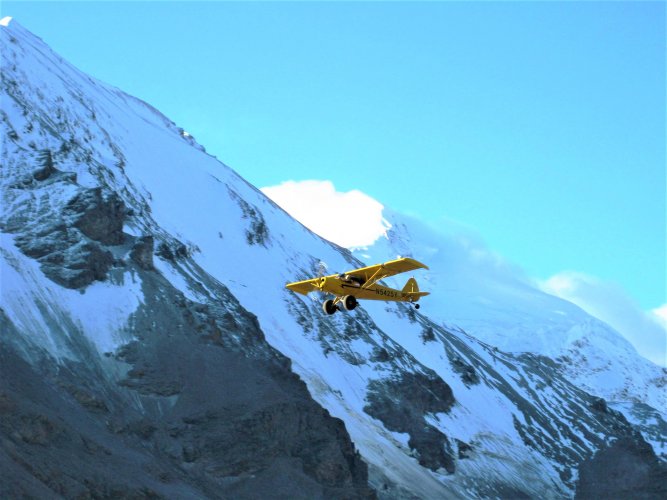 We landed on a creek bottom and packed our camp 5 miles to a small creek surrounded by alpine tundra.
Along the way we saw a couple hundred caribou and several grizzly bears, but in Alaska you can not hunt
same day airborne. So we set up camp, filtered water and enjoyed a midnight sunset. 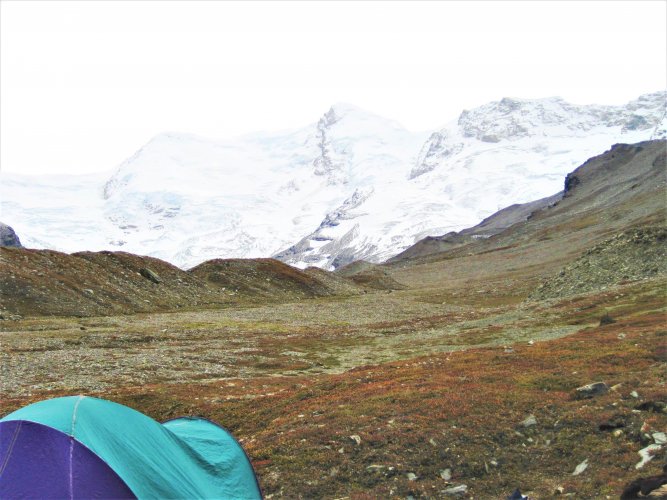 Next morning we hiked for 4 hours to get to the top of a basin. 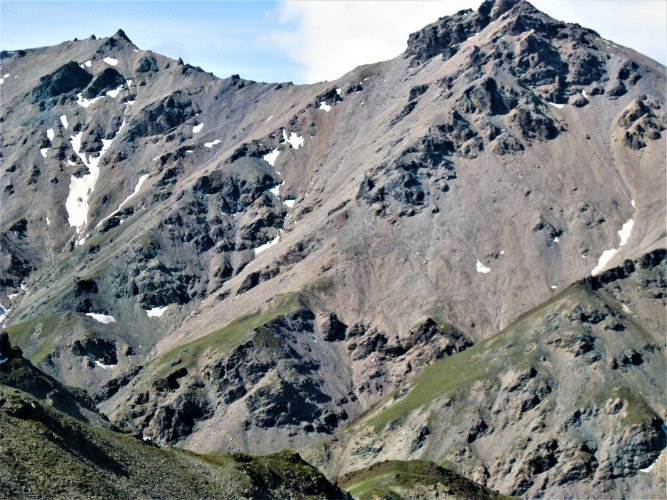 We spent all day sneaking up on rimrock benches and peaking over looking for sheep down below.
No sheep, no ewes, no lambs.

On the trip back, a lone bull caribou was working his way up a drainage so we hustled up to the
top and intercepted him with a 60 yard shot and a nozler partition. Camp meat. 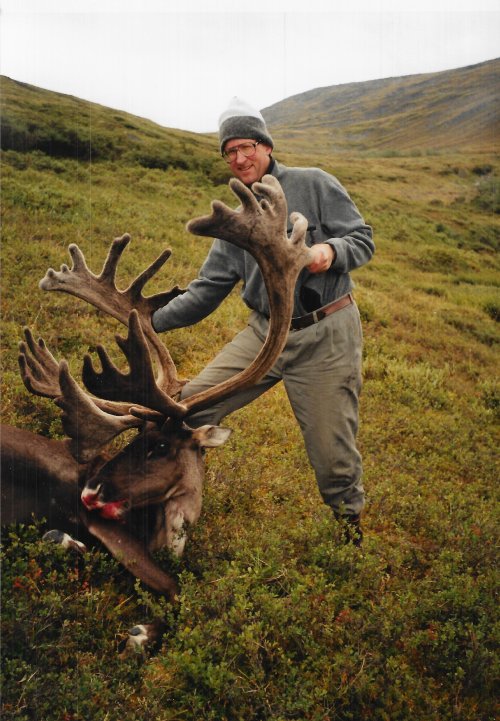 To lighten the load I left the antlers and we packed the meat back to camp.
That night we gorged on bou tenderloins grilled over a willow fire.

The next day it poured rain and was super windy.
An off day in the tent, with so much wind there is always apprehension that
the tent might shred but I was always the worrier and my hunting partner always the optimist.

The next morning was pea-soup fog and waiting in camp it seemed life forever
for the fog to burn off. Once again back to the top to hop ridges glassing for rams.
It was a sunny, hot day and we left our water filter and tablets in camp by accident
as we left some wet gear there to dry out.
On the way back, only about an hour hike from camp, my partner drank from a spring...
something he had done for years.
Well this time it was different as late that night he woke up sick as a dog.
So another camp day waiting for my partner to recover.

The next day once again back to the top to hop ridges glassing for rams.
A long day. Got back to camp around midnight both exhausted and
laying out eating Mountainhouse. I look up and on the ridgeline 200 yards
above camp is a sow grizzly with her 2 cubs. She was headed to where
she would wind our caribou meat, so I yelled "Hey get out of here!"
Instead of spooking, the sow ran straight downhill 200 yards at us with
the cubs in tow. We scrambled for our rifles and the sow stopped
in the riparian willow about 30 yards from our camp. She would stand
up and huff, then back down and disappear in the willows.
That went on for a few times and then we could no longer see her
if she did not stand up. We stayed up until 3am on high alert and
hoping that she took her cubs down that riparian corridor.

The next morning we decided to get some needed sleep and headed
out in mid-morning. We did see a sow and 2 cubs (same ones?)
eating blueberries. We needed to hike a talus slope to get past them.
My partner, ever the optimist said it would be no problem,
while I worried what if a rock rolls down or that sow did not like us
getting too close. We passed with no problems.

The next day we finally found 2 rams and through the spotting scope
could see they were legal. They were just below a fog bank and about
a 2 hour hike away. We got within 800 yards to plan a stalk to get closer.
The rams were feeding and disappeared into the fog bank. So we
had to wait for them to reappear again. We waited for 4 hours and the
fogbank cleared...no rams. We spent the rest of the day glassing and
hiking trying to find those 2 rams but never found them.
Back to camp again around midnight, tired and ready for sleep.

The next day we headed back to try to find those 2 rams.
We did see a wolf that was out of range but when he hit our scent,
he did a 180 and my partner shot him with a partition.
One more wolf pelt with his collection upstairs in his trophy room. 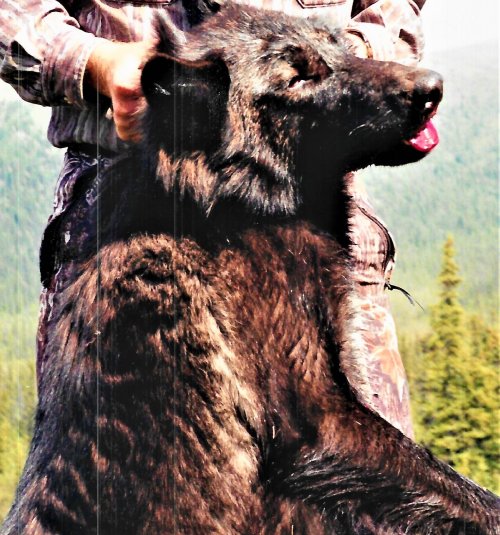 Next day was a pick-up day and we pack the caribou, wolf, and camp out
for super cub pickup.

Back in town, folks ask how was your sheep hunt? "No rams, lots of grizzly bears"
We did count 13 grizzlies on that hunt...most sows with cubs, and saw hundreds of caribou.
Plus nice to have a prime August bou in the freezer and so many memories.

Really cool! It's interesting how you can be on a "Sheep" hunt but it appears Alaska allows for many opportunity on any given hunt.

Thanks for sharing such a great old story. It was a nice read with my morning cup of coffee

You can't do that in Moscow! I think you made the right move!
You must log in or register to reply here.