Hell of a buck, and yes your taxidermist did you right...that looks great!

That buck has amazing character, the thick webbed main beam and huge brows is just badass!

Sorry for the horrible pic. Combing through my grandfather’s garage yesterday and found a couple early 1960’s era southern Oregon blacktails. This one had both front forks broken while in velvet. 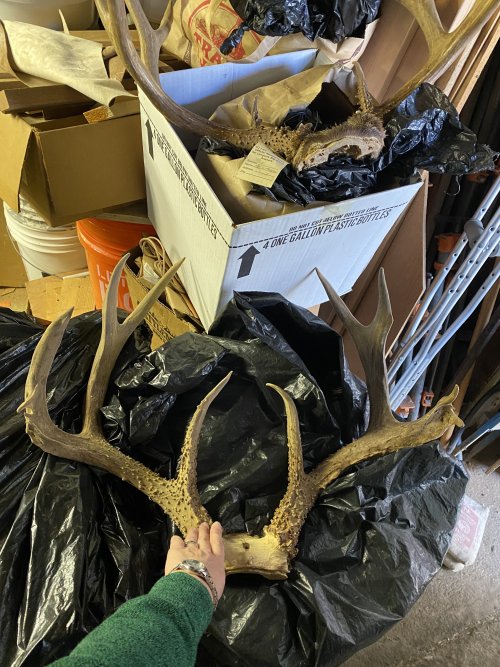 crock239 said:
Hell of a buck, and yes your taxidermist did you right...that looks great!
Click to expand...

Yep long time college buddy that has really refined his craft. He does great work on big game.

Blows my mind every time I see him. My only thing I wish is that the mount you could more easily see the huge webbed main beams. But nothing against the mount itself, the form and work is phenomenal. Just hard to get a great angle on the mass with the mount still looking attractive.

Hunting Wife said:
Sorry for the horrible pic. Combing through my grandfather’s garage yesterday and found a couple early 1960’s era southern Oregon blacktails. This one had both front forks broken while in velvet.

Right? I’ve personally never seen any like that on another blacktail.

Man great whitetail! Love how much mass he has. Was he a public land buck ?

BradA said:
Man great whitetail! Love how much mass he has. Was he a public land buck ?
Click to expand...

College friend has some private stuff I was hunting on. Eastern MT the area we were in had a mix of private and public chunks.

Hunting Wife said:
Sorry for the horrible pic. Combing through my grandfather’s garage yesterday and found a couple early 1960’s era southern Oregon blacktails. This one had both front forks broken while in velvet.

We need another pic for perspective. That is a hog of a black tail. Looking at your hand is hard to gauge mass. Mount that sucker, or at least throw it on a plaque to celebrate it and your grandfather!

Not a big buck, but my first solo hunt buck. northern idaho.

beautiful buck! congrats. got a MT deer tag this year and hoping to find something similar

nimrod_gn said:
beautiful buck! congrats. got a MT deer tag this year and hoping to find something similar
Click to expand...

Thanks! He was a buck of a lifetime

Over the years I've gathered Hundreds of picks. I am amazed at the beautiful country many of you hunt. I find myself in back yards with dogs and sometime kids. Sometimes even able to watch a football game on the big screen. When I do hunt these day it's on small farms 100 acres to 1500.
As my handle goes Crossbow not because I wanted to hunt with one but I learned to get very close to deer from them standing under me to maybe 17 yards back with I was hunting off a 200 yard grass air strip and 100's of deer were the problem. Bucks were just the icing. Few hundred does were taken that fead homeless through the churches in the area, also went to HFTH.
Needless to say the past few years ago I switch my aim towards Turkeys and given my son Jarrod the Deer season so I can run the shop and vise versa. 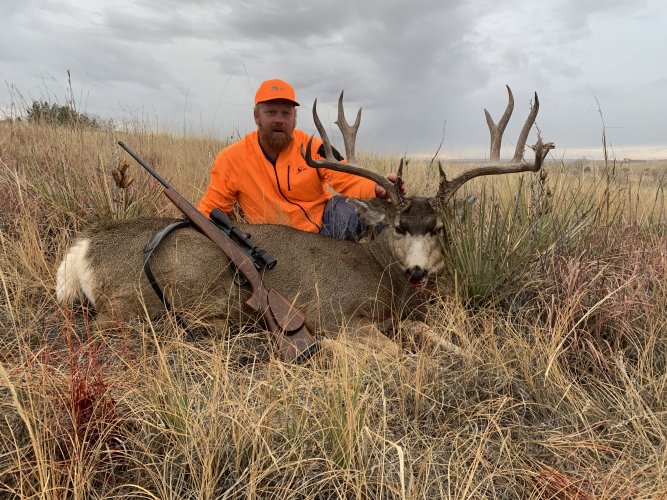 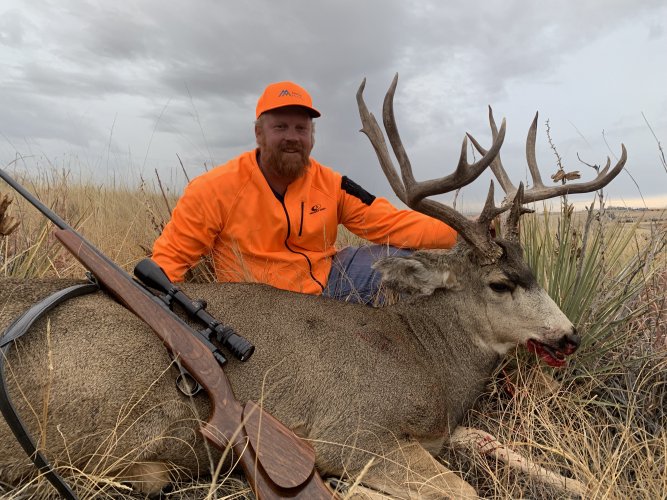 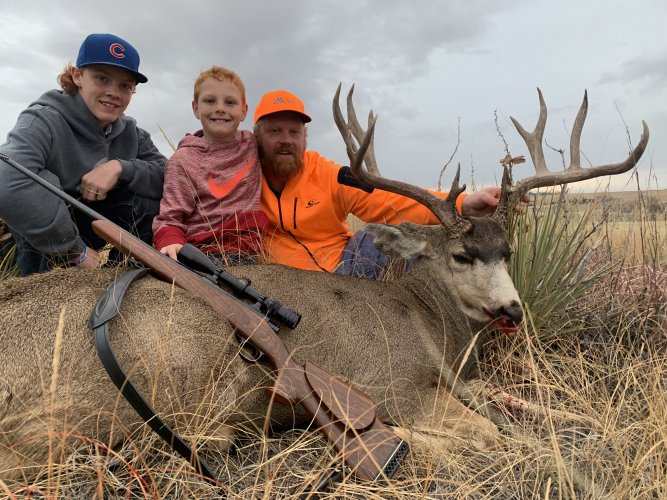 my uncle and I hunted all afternoon and didn’t see one worth shooting. Drove into the far yard and they were right across the draw from the house.

This is a PA buck I got back in archery season, early November 2014. Funny story on this buck is that it should be hanging on my buddy's wall and not mine. We've been hunting together since college and at some point decided to film our hunts during the PA archery season. We set our individual hang on stands in the same tree (if its big enough) or nearby tree and take turns on who is the primary shooter (he who gets to take the first shot) and who runs the camera. The night before this hunt we had gone out with some friends and needless to say many beers were had. I still managed to get into the stand before first light but I'm still not sure how. My buddy on the other hand didn't even return my text messages until late morning, although I think part of that may have also been due to his new girlfriend as I recall them being very "cuddly" with each other at the bar.

Anyway, on this particular day it was supposed to be my buddies turn to be primary shooter and I was going to run the camera. Since he was a no-show, our clearly defined rules meant that I got a "free turn". Just after sun up, and as the Gatorade/Aleve combo was kicking in, four does crunched through the dry leaves. I recall thinking that I wasn't going to use my "free turn" on a doe just after first light. As the does moved along and out of my range a little voice in the back of my head said "What if those are the only deer you're going to see?" I hate that little voice.

For the next several hours it looked like the little voice was going to be right, I didn't see any deer or hear anything larger than a squirrel move through the leaves (although squirrels can make a surprising amount of noise in dry leaves). Fortunately my perseverance paid off and just before noon this big guy came crunching along a similar path those does took earlier. I grunted and he stopped, slightly quartering away, at 22 yards when I let the arrow fly. He went about 40 yards and dipped out of sight down into a creek bed depression. At the time I felt like I may have hit him a little high so I wanted to give it some time before tracking. Since it was nearly noon I walked back to the truck for lunch and called my buddy. An hour later he met me and we started tracking. Turns out we didn't need to go far, the buck went another 40-ish yards after I last saw him and laid down. We found him with his head tucked down and all the world looking like he was asleep.

My buddy is a good guy and instead of being bummed out that he didn't shoot this buck, he was happy for me. We still joke about "the buck he should have shot".

That is a sick buck!!!
You must log in or register to reply here.

Which week for MT whitetails on BMA?