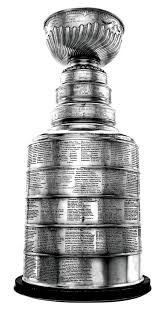 Hey now. Thats the only good thing Detroit has.
B

That was one hell of a series. A blowout for each team and four one goal games, two in OT. Playoff hockey is incredible. I was able to go to game 2 when the Avs won 7-0. What an unbelievably electric atmosphere in Ball Arena. That was a Father's Day present I'll never forget! Won't be able to go to he parade on Thursday but that should be pretty wild too.
Last edited: Jun 27, 2022
B

Still not over that Kadri hit on Binnington.......

buckbull said:
Still not over that Kadri hit on Binnington.......
Click to expand...

The one where Binni's own guy knocked Kadri into him? Yeah, you'll have to get over that some day...
B

20 years and the Wings are still the boogeyman.

Colorado dominated throughout the playoffs. They definitely earned it. I think they only lost 4 games meaning they were 16-4 during their 4 series. Pretty dang good. Once again I’m waiting another year on the Wild.
P

Next stop is a Super Bowl win. I hope.
You must log in or register to reply here.