Changes that can’t be measured

How does a place hold on to the culture where this doesn’t happen? Part of me wonders if it is borne of a culture of fear, where everyone is skeptical of those claiming to need help having different motives. I think of those folks who stopped on the side of the road to help someone who appeared to be broken down in Pryor Montana a few years back, and ended being gunned down by a lunatic. From good samaritans to being murdered in front of their child . Is this type of thing on peoples minds? 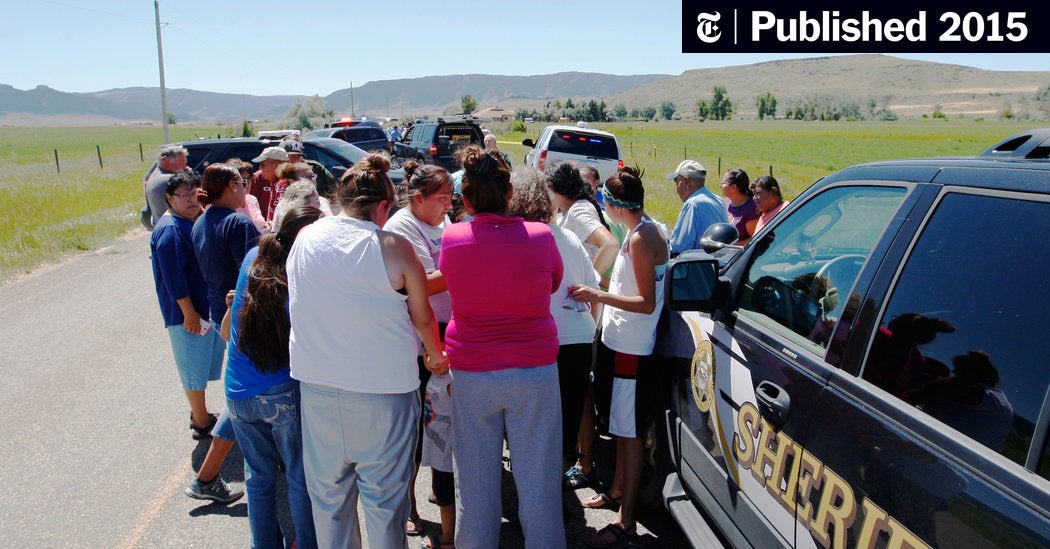 The husband and wife were killed, and their daughter injured, when the driver they were trying to help shot them, the authorities said.

I know you said that it was a nice neighborhood, but I wonder if the larger themes of Arizona in general influence people.

Having spent many years broke and driving pieces of chit, I’ve been saved on the side of the road more times than I can count. I have also Helped others, and both fill you with the good stuff, and I do my best to show this to my kids, who I also expect to jump out of the car on the side of the road, whether it is with a shovel or a tow strap or a willingness to push, when they are out in this world.
Click to expand...

This was wild. What a coincidence that you posted it
I was actually doing a land survey about 2 miles away when it happened, with the campany’s college intern that had just started. The police didn’t know where he went, and thought there is was good chance he was hiding in the tall grass nearby. We loaded my gun, took down our base station and got the hell out of there

There was a lot of rumors on the reservation about what it really about. No idea if any of them were true. The shooter was a 19-year-old, I believe on a work visa from Mexico, that was working for a farm or ranch in Wyoming. I don’t really want to make any claims about dead people, but there was a lot of talk on the rez that there was a little bit more going on there and it wasn’t random.

Pretty bad when your looking for a better place than where you are. Puts things in perspective. Wyoming is like costs Rica for some of us.

Currently at my in laws, so I'm killing time and watching a Mariner's game. Washington State just ran an advertisement politely asking people to not be a douche. Thought that was a fitting request and on point with this topic.

The incivility is getting to be overbearing. Oh, to be back in the good old days when Calvin peeing and trucknuts were the most offensive things people put on their cars...

D_Walt said:
Also possible the younger guys had never heard of or seen a standard shift vehicle and thought it suspicious you could push start it or maybe you were on drugs.
Click to expand...

You do have a point there. I guess I don’t think about that, because I still think of myself as a “younger guy“ but I definitely could see how a 17 or 20 year old would have no idea about what push starting a vehicle is.
Most the people I asked were atleast my age or older, however.

There’s plenty of good folks out there…it’s just that a holes are popping up like weeds and they get smothered out. Folks are scared too…crazy is rampant these days it seems like!

Not understanding a push start is a bullshit cop out. All they have to do is ask “huh”? Hell, I was stranded on the north shore of Tiber Reservoir over 15 years ago and had two boats blow by as we were trying to flag them down.

Unfortunately, more and more people act like douches for no reason.
D

Hell I was stranded in the most popular forest in Montana this year. Tried to wave a couple vehicles down as they sped by I won’t say where they were from but they had 6 and 7 Montana plates.
Last edited: Jul 2, 2022

I drive a manual and have push started other manual cars so I’m familiar with the situation.

Being that <1% of cars sold today are manual I would guess some of the people you asked didn’t know anything about what you were asking them to help with. Most people are also mechanically inept so that’s probably another societal downfall as well.

That being said - I’ve been approached in a parking lot many times and I’m basically conditioned to say “No”. I don’t want to get jumped or hit up with a sob story about how that individual needs “a few dollars for gas, bus ticket, etc.“

I like helping people, just certain circumstances where my wife would say “WTH were you thinking?! You could have been jumped, hit by a car, etc!”

Sorry to hear about your situation - sounds like you live in a beautiful place that’s safe and family friendly. Too much wield sh*t happens in cities/towns and it makes people nervous and paranoid.

BuzzH said:
I totally agree, what we've become in the last several years is truly depressing.

My wife and I were talking today, we're seriously considering spending significant time living somewhere else during parts of the year in retirement.

I don't think it would be too difficult to find another country to live in part time that has friendlier people, more considerate people, and a place where they actually appreciate your money.

Its as if you're doing people a favor spending your money for chit service and chit products. I'm over it.
Click to expand...

You mean somewhere that your money is worth more and you're effectively the non resident billionaire and people suck up to you?

neffa3 said:
Currently at my in laws, so I'm killing time and watching a Mariner's game. Washington State just ran an advertisement politely asking people to not be a douche. Thought that was a fitting request and on point with this topic.
Click to expand...

One of the State departments ran a TV reminding people what being a good driver and good community member means. Like stopping for people at cross walks, using crosswalks, letting people merge in, etc.

The truth of it is simple, look for no good and you can find it. I was born and raised in Bozeman and it is nothing like it was in the 1950’s and 1960’s. I don’t like what it has become, but I’m not leaving. Most of the people here are not from here. Is it ruined? No, but it isn’t what it used to be.

Find a spot where all the people that are there and not from some other place and you will find yourself in West Virginia. If you think that is Utopia, you would be wrong.

Leaving the country doesn’t make either place any better. You become the change that those places don’t want and the cycle will continue.

Ask the Indians what they think of people that moved into their neighborhood, I doubt they are looking at going to Costa Rica…
Last edited: Jul 2, 2022
W

Sorry to hear about your day. Unfortunately, I don't see it getting any better anytime soon.

For one of those $50's, you can have a year's worth of AAA. Jump start, gas, battery and towing. I've had to use it many times in the last few years. FYI

Sorry to hear about your troubles.

Very sad stuff right there as it relates to society and where its going as a whole. Couple month ago coming home from bozeman between big sky and west a guy was stuck just off the road in some snow. Not sure how he got there as road conditions were fine, but anyways I always have a tow strap so I turned around and pulled him out. He told me at least 50 cars went by him and he gave up trying to flag someone down. I couldn't believe it. How can you not stop its just baffling to me.

Unfortunately the milk of human kindness has mostly turned to clabber.

Lawyers...
Liability...
You must log in or register to reply here.

What is the dumbest thing that someone has ever asked/said while you were hunting?
5 6 7