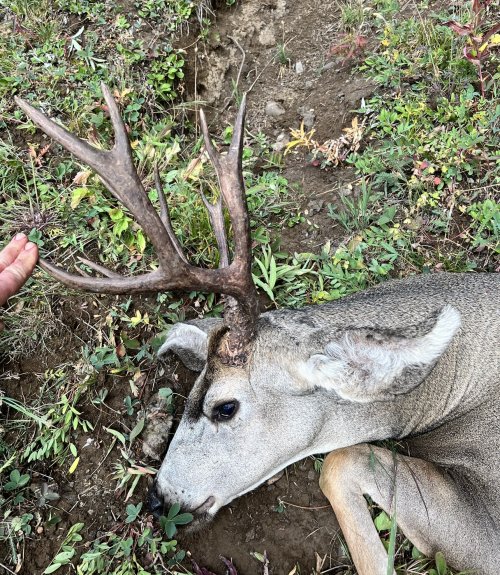 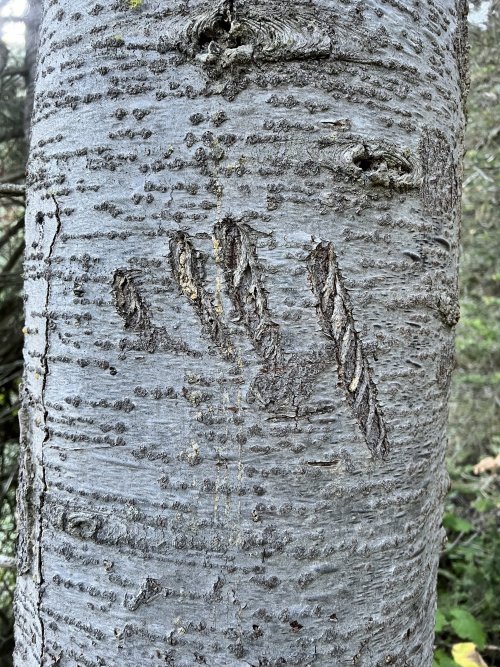 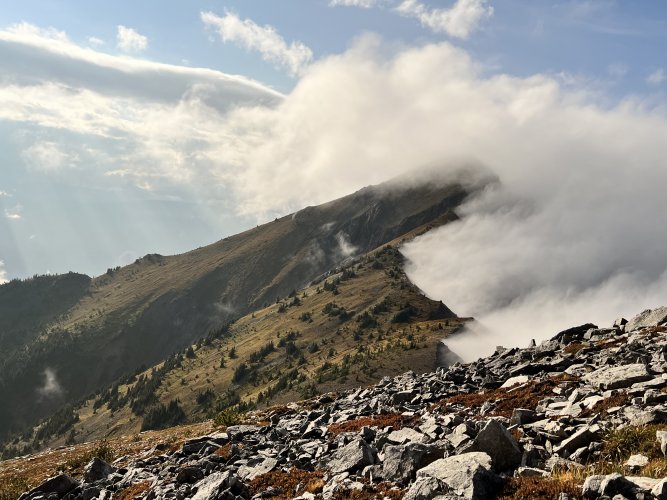 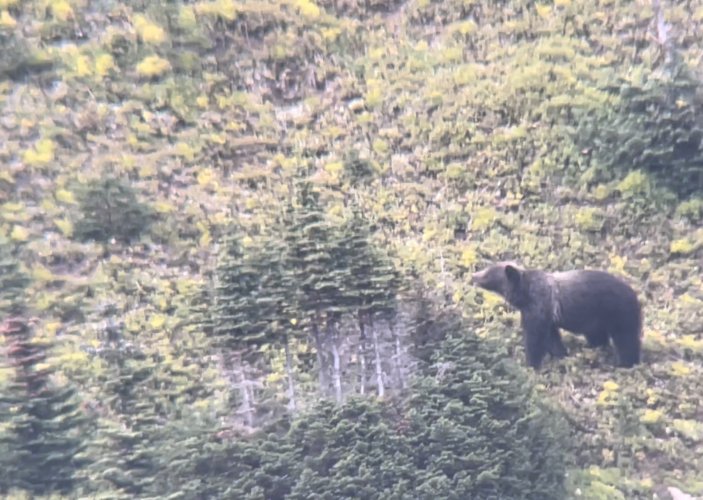 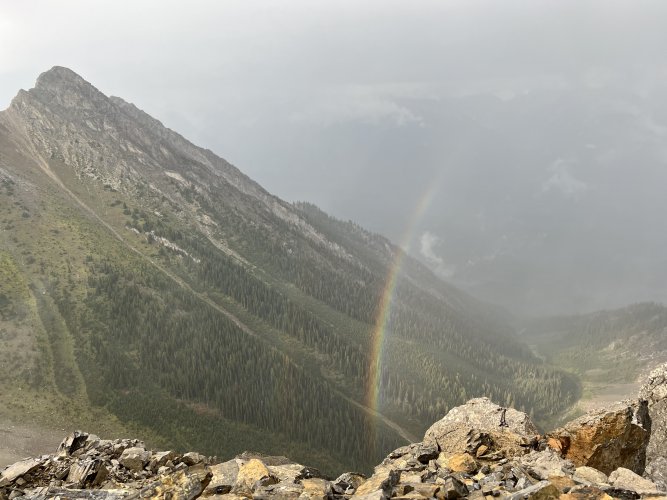 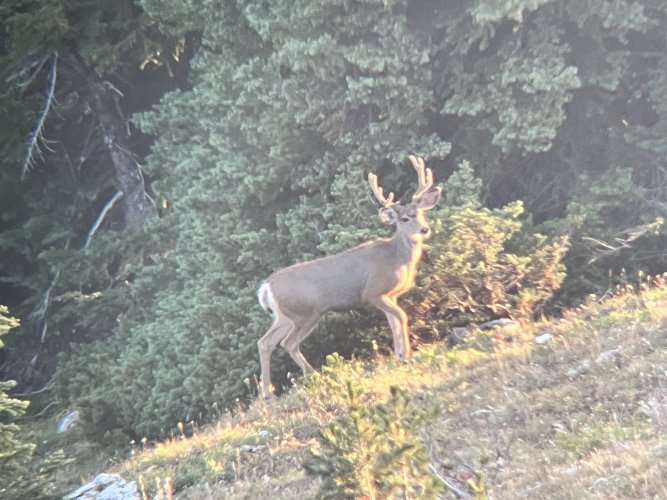 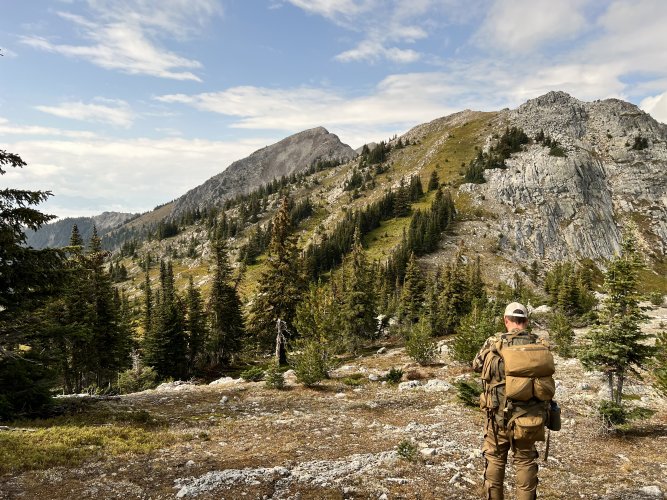 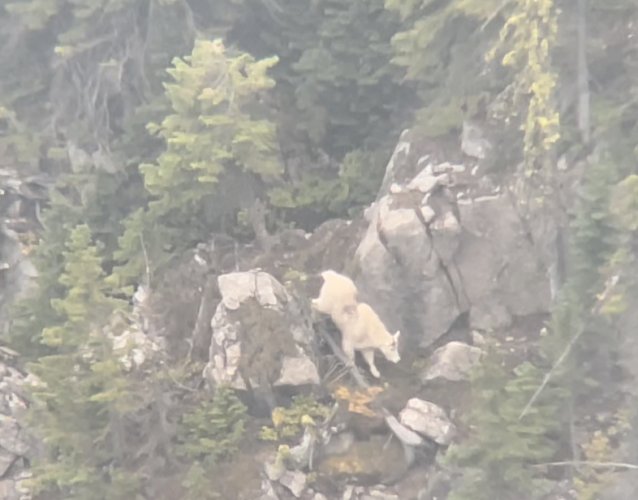 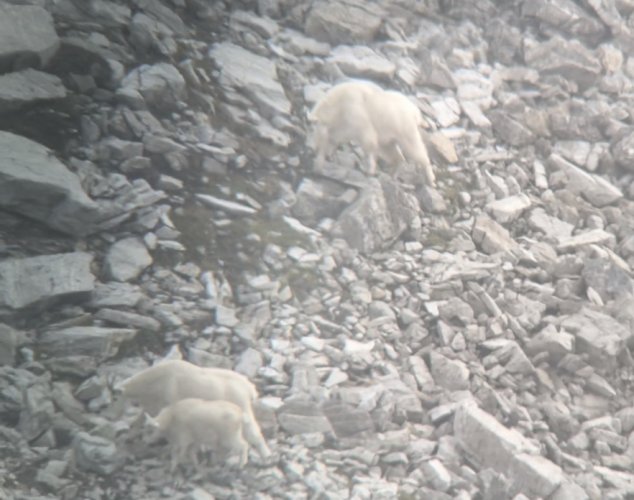 I haven’t gotten a chance to update this in a couple days. I fly home tomorrow. My hunt has been great. Here’s what happened to finish it out.

On day 8 we headed back out to the area we hunted the first couple days. We glassed 18 goats that morning. 3 or 4 billies. The two biggest billies were heading over a ridge into an area that is called High Lake. It’s the same area that we had the close encounter with the nanny and kid earlier in the hunt. We hiked all the way in and eventually found both billies. They were very high up on a sheer cliff face That would not allow us to hunt either of them. We watched them for a while in hopes that they would come down, but they never did. Both eventually crossing back over to the other side where they came from. We continued to hike up and around the back of the bowl covering lots of ground hiking higher and farther than we had the previous days, but we did not find any more goats that day.

On day 9 we went back to the same general area and glassed 12 goats that day. We only saw two Billies. One of the billies that I glassed that morning was heading over a saddle into what we felt was a huntable location. We also thought there was a good chance it was the big billy from the previous day. We hiked into another glassing location and glassed a group of goats that had one billy in it and a few other single goats here and there, but never found the big billy. We decided to hike up into the last area we saw him anyway in hopes of turning him up. This hike could also take us by the group of other goats that had the billy in it. We hiked all the way up and back into this high bowl and could not turn up the billy any where. It was pretty frustrating. We were hunting really hard and just were not getting rewarded in any way. We decided to head back out hoping that we would see the other group of goats that had the billy. Right as we came up to the edge of the saddle Chad glassed a small goat on the ridge about 500 yards away. We got behind a little mound of rocks and sat and waited. Eventually all of the other goats worked their way around the ridge and bedded. We immediately picked out the billy and got set up for a shot. After waiting for about an hour he stood and I made a shot at 460 yards. The first shot hit him, but was high. We discovered that was because of an up draft that was coming up the gulley between me and him. I made a very quick adjustment based on my first shot and the second shot was a heart shot. He immediately rolled 10 feet and then slid another 25 stopping about 2 feet from going down another 500 feet. I finally had my goat. The climb up to get him was an adventure, but we made it. Lucky we found a safer route down (I only almost died once).

My goat isn’t a giant by any means, but he’s an absolute trophy to me. We hunted really really hard. Chad told me he’s never hunted that hard with any hunter ever before. We lost 2 days because of weather, but all in all we hiked 51 miles in goat country before I finally got my goat. The stud muley in the high country was an amazing bonus. My mule deer pack out was brutal and my goat pack out was sketchy/dangerous to say the least. The hunt was everything I hoped it would be. It was a dream trip and a check on the bucket list. 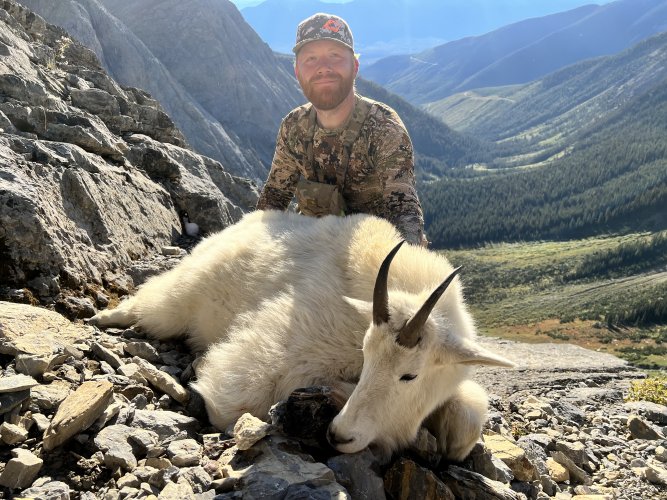 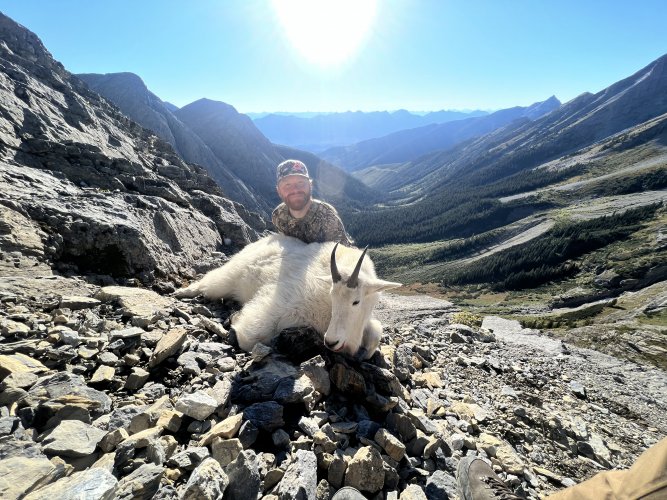 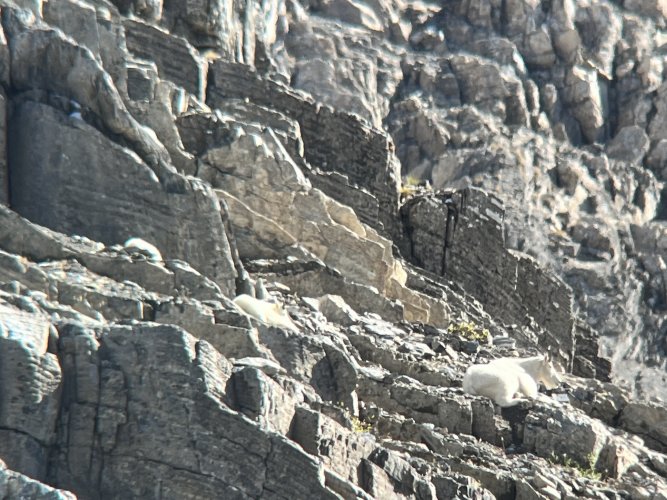 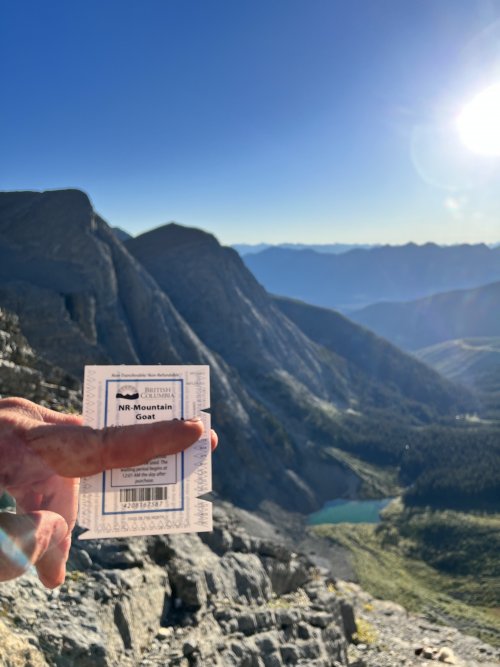 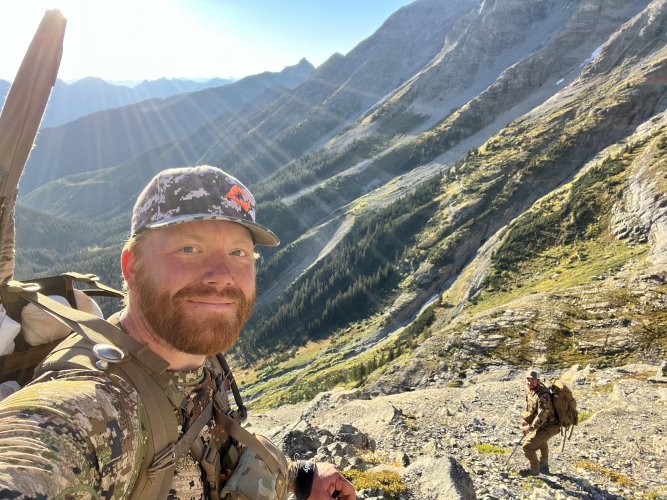 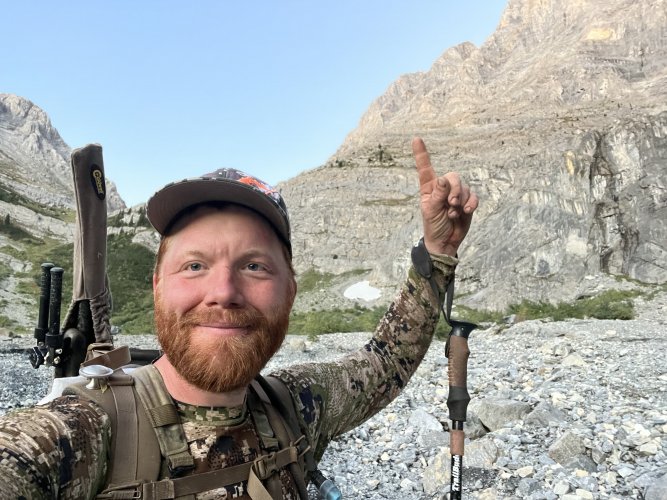 Heck of a trip. Thanks for sharing in such detail.

Another great trip and story! Congratulations, and thanks for taking us along.

Congrats on a great hunt.

Great pics and write up! Congrats on your goat and buck!
S

Awesome trip! Thanks for the write-up!! Enjoyed it

Thank you. It was a fun tough hunt.

Thank you! That means a lot coming from you.

Congratulations on getting it done! You hunted hard for that one and that makes it all the better.
You must log in or register to reply here.