A tad early this year?

I have a friend that at 79 years old, has probably spent twice the time in the outdoors most reading this have. (?) In spite of the rainy weather Southern Colorado has been getting daily for the past week, he opted to horse camp along a Forest road with his two geldings. He rides of course, but I think he just enjoys sitting in a chair, watching his horses graze the Rio Grande Natl. Forest, at the foot of a 12,800' mountain.
He pulled out today, and called me when he got cellular service. He said this morning he was sitting quietly enjoying his coffee when a dandy 6 x 6 Bull stepped out of the dark timber and moseyed across the meadow. The Bull stopped to stare at him. He said this Bull had stripped his velvet already, and was all hard antler. When he moved off, a raghorn with only a single antler next came out and followed the big Bull. He too had shed his velvet.
I thought this was just a tad early. (?)
M

My trail cams in backcountry of Washington state have shown bulls starting to shed velvet anytime between August 5th and 15th the past three years so I would say it is about normal.

These guys are really losing it. Sybille Canyon bulls. 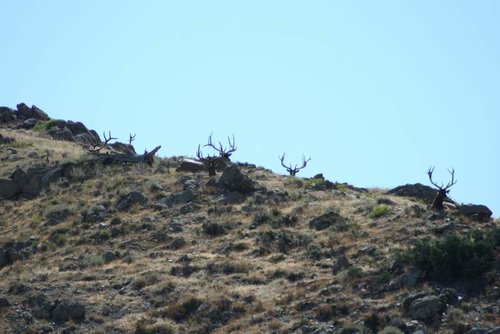 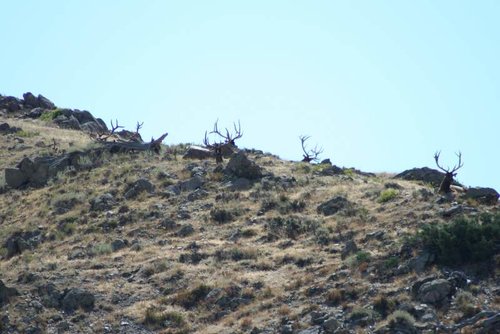 What a great bunch of bulls!
You must log in or register to reply here.

B
Tips For Judging Size Of Lone Cows